Johnston Guitars and Pickups is owned and operated by me, Maurice (Mo) Johnston and offers guitar repair services and guitar pickup manufacturing and repair services here in Belfast, N. Ireland. 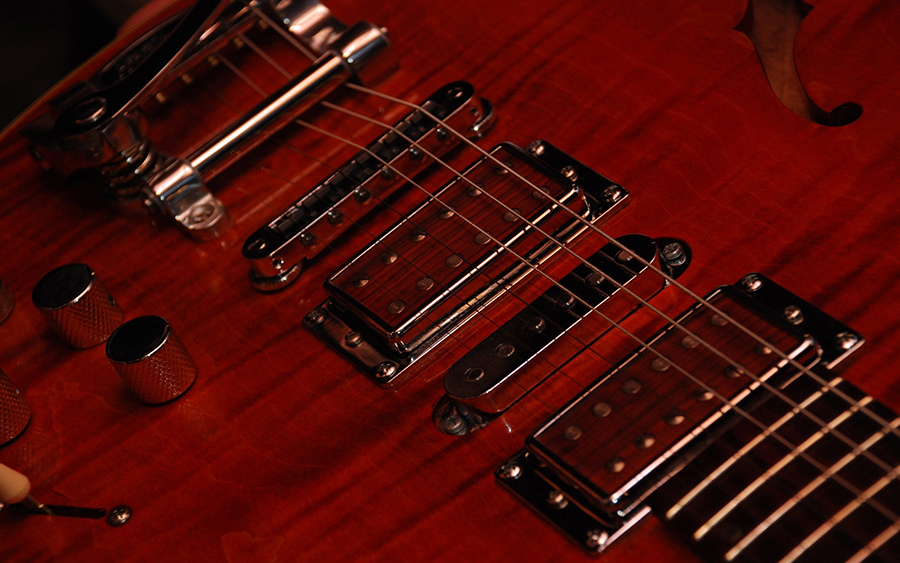 I bought my 1st guitar for the grand sum of 30 shillings back in 1965. It was a beat up cello style acoustic guitar that had been butchered over the years so I had to learn quickly and, with the help of my father, I made some improvements to it, lowering the bridge to bring down the action (it had a fixed saddle), plugging up the many holes left after several parts had been removed or changed and fitting new machineheads.

My next purchase was this 1962 Hofner that I bought for £8 in 1968. This guitar has been with me ever since through thick and thin, good gigs and the occasional nightmare too!!

It’s still going strong and pretty much in its original condition although the pickup will need to be rewound one of these days.

Over the past 35 years or so I have worked at many guitars, setting them up, repairing them and re-wiring them.

I’ve built a few solid body guitars too, hand-cutting the bodies and necks starting with planks sawn Ash for the bodies and Sapele Mahogany for the necks.

I like to think that, here in by workshop in Belfast, I’m carrying on the proud engineering tradition of the city that was established in the shipbuilding, aircraft and heavy engineering industries for which Belfast became famous throughout the world.

I’ve therefore named several of my hand-wound pickups after the shipyard trades in which a few generations of my family served their time.

Over the past few years I’ve been making guitar wiring harnesses either to replace worn out or to upgrade existing electronics in clients’ instruments.

I also make on board pre-amps that can be installed in your instrument to increase your pick-up gain.

Customer satisfaction is important to me and because I make all the guitar pick-ups, harnesses etc myself and do all repairs and set-ups, I can guarantee a high degree of workmanship.

If you want vintage true wiring I can provide it but don’t worry, if you’re on a budget modern hook-up wire works just as well. The only one who knows what is under the cover is you.

You can trust your beloved guitar to me.